Oct 31, 2014 06:00AM ● By Lynn Ulsh
At the October 6 Selectmen’s meeting, the town received a construction update on the $6.5 million police station currently being erected on Blackstone Street adjacent to the fire station and the senior center.

Construction began in April and is approximately 35% completed, according to Police Chief Gerard Daigle. The project had received approval from the town at the October 2013 Town Meeting.

The current station, built in 1965 for 14 officers, fails to meet safety standards. Currently, the jail cells fail to meet state requirements. There is no space to hold juvenile prisoners separate from the adults and no separate area to hold violent or drugged prisoners during the booking process, and the current cells do not meet current standards for suicide prevention.
The new police station will have updated booking areas, jail cells that meet all requirements, locker rooms and evidence and computer storage rooms (currently, computer software is stored in a garage rather than a watertight, climate-controlled space). There will also be a community room in the front of the building and plenty of parking. Finally, the Emergency Management team, which coordinates operations during disasters or major storms, will have room on site for offices.

According to Joe Sullivan of the construction company, Daedalus Projects, they have saved significantly on equipment, and the construction is proceeding on schedule with completion expected in April 2015. (For a more in-depth look at the new police state, see Ken Hamwey’s municipal spotlight feature "New Police Station on Target for June Opening.") 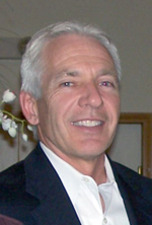 Town Administrator Denis Fraine (pictured left) announced that the Massachusetts Attorney General’s office has upheld a previously approved by-law requiring members of town boards to reside in Bellingham or apply for a waiver and approval by the Board of Selectmen and the particular board or committee.
Consequently, those non-Bellingham residents currently serving on various boards and committees were given notification that they have until December 2 to express their desire to continue or their terms will expire.

Additionally, Fraine updated the Board that the “Do Not Solicit” list site is up on the town website. This list will allow residents to sign up in order to prohibit legal door-to-door solicitors from coming to their homes in much the same way the “Do Not Call” list prohibits phone solicitation to those on the list. The by-law contains three notable exceptions: youth organizations doing fundraising (under 18 years of age), political campaigning, and religious organizations.
Bellingham resident Doug Maclachlan researched and spearheaded the effort to establish this “Do Not Knock” list and presented it at several town meetings for approval. The by-law had to be reviewed and approved by the Attorney General’s office. Maclachlan had reasoned that many Bellingham residents, including the elderly, women home with young children, or older children home alone, feel uncomfortable or unsafe when strange solicitors come to the door who may or may not have registered with the town or undergone a background check. Fraine noted that residents can register on-line at the website or at the Municipal Center.

Selectman Mike Soter asked for consideration of an Economic Development Committee (EDC) to help attract and provide guidance for appropriate business owners who wish to establish businesses in Bellingham. He noted that it is a difficult process to navigate the path through the Planning Board and Zoning process. The committee could provide some guidance and also determine what type of business and industry would be most attractive to the residents of the town.
Selectman Jerry Mayhew said that temporary committees were formed when the power plants were constructed on Maple and Depot streets. He said that Bellingham should have a permanent committee to entice the right business and development to grow the town appropriately.